In Tibet, painting was both a sacred art used in the creation of thangkas and also a decorative one, used to ornament furniture and the walls of houses. While the uses of each are very different, the Tibetan aesthetic remains relatively consistent and easy to recognize in both religious and decorative art. Images and designs are highly stylized, and vibrant colors seem to pop out from their flat surfaces. Tibetan decorative art, while not a sacred art, does draw deeply from Tibet’s rich Buddhist tradition, often employing religious iconography such as the Eight Auspicious Symbols, the Five Offerings, and the Eight Precious Substances. Even many animals and landscape elements are thought to have a religious significance, and it is believed to be good luck to fill your house and walls with such auspicious symbols of good luck.

Tibet probably has one of the vastest repertoire of decorative designs and images in the world. The Tibetan Plateau, while now considered remote, was once a bustling hub of trade located along the Silk Road, connecting China with Central Asia and India. Along with goods for trade, merchants indirectly brought with them new techniques and designs, creating a sort of cross-pollination of cultures. This exchange of cultures enriched Tibet in many ways, not the least of which is in regards to its decorative arts. Tibetan artistic tradition contains an impressive variety of images and motifs, borrowed from lands spanning from China to Rome and Egypt, but portrayed in their own uniquely Tibetan way. Geometric designs from Central Asia find their place beside Indian birds and Chinese flowers, a true reflection of the deeply layered nature of Tibetan culture. 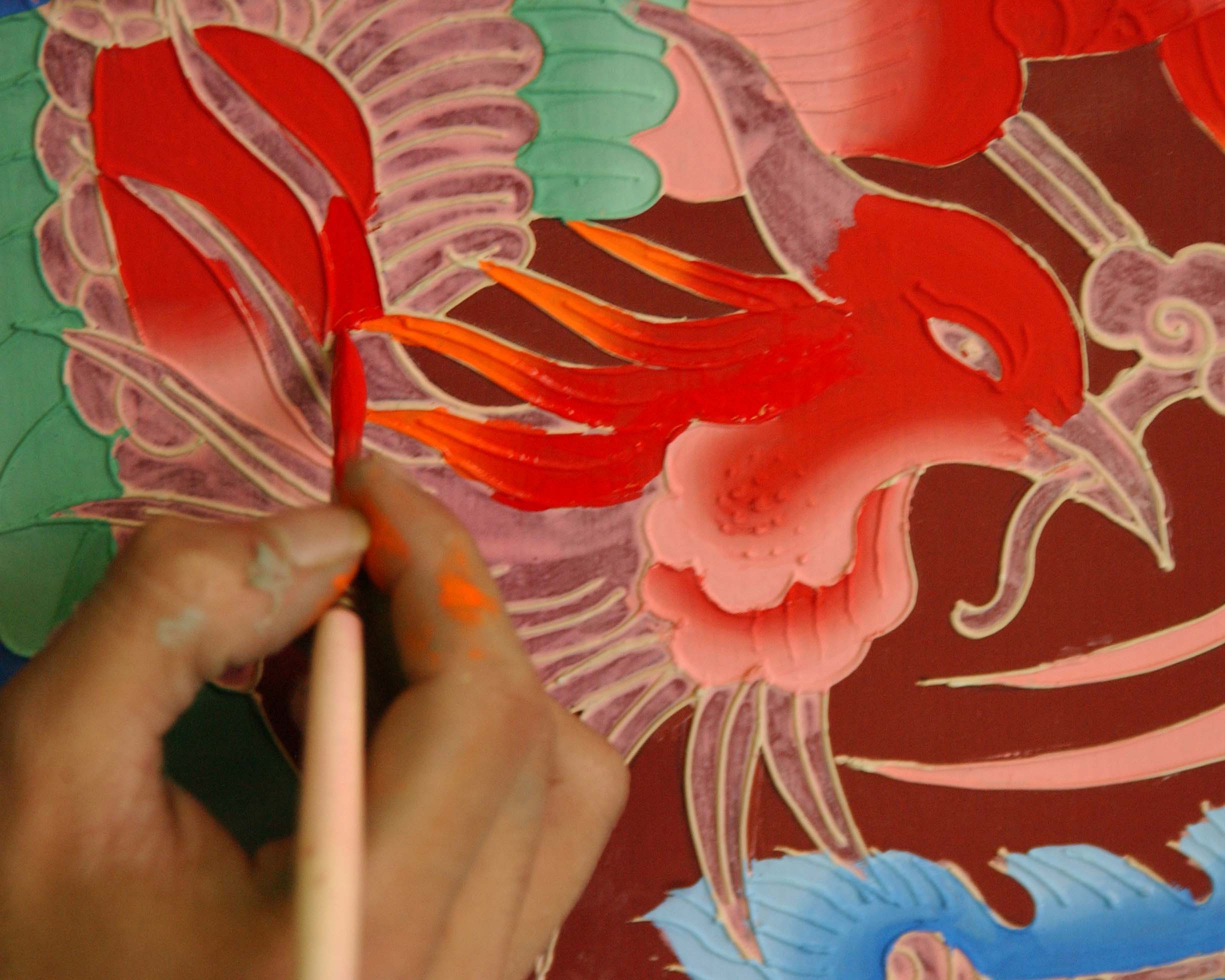 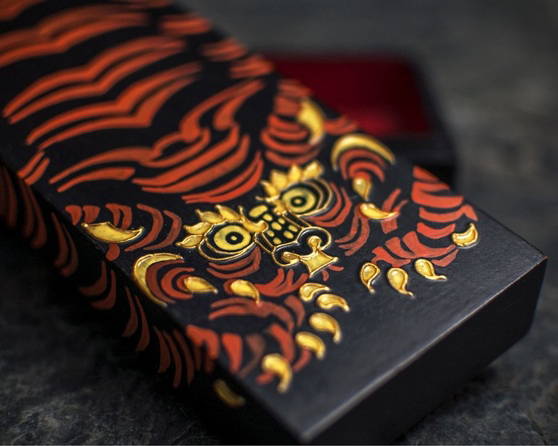 At Norbulingka, artists have revived a traditional Tibetan method of relief painting called kyumbur, which is used to add texture to both thangka frescoes and household items. Paintings that utilize kyumbur seem to pop off their flat surfaces and come to life.

In the old days, a tube was used to squeeze a mixture of lime and molasses to outline the design being painted, but we have updated our methods a bit to make the product more durable, and the outline clearer. In our workshops we use a syringe to apply a mixture of paint and carpenter's glue. This technique requires an extremely steady hand which takes months to develop. An artist must be able to trace the design perfectly in one smooth motion, while at the same time squeezing out a consistent stream of paste from the syringe. When the relief outline has dried, the painters fill in the rest of the design with bright color. 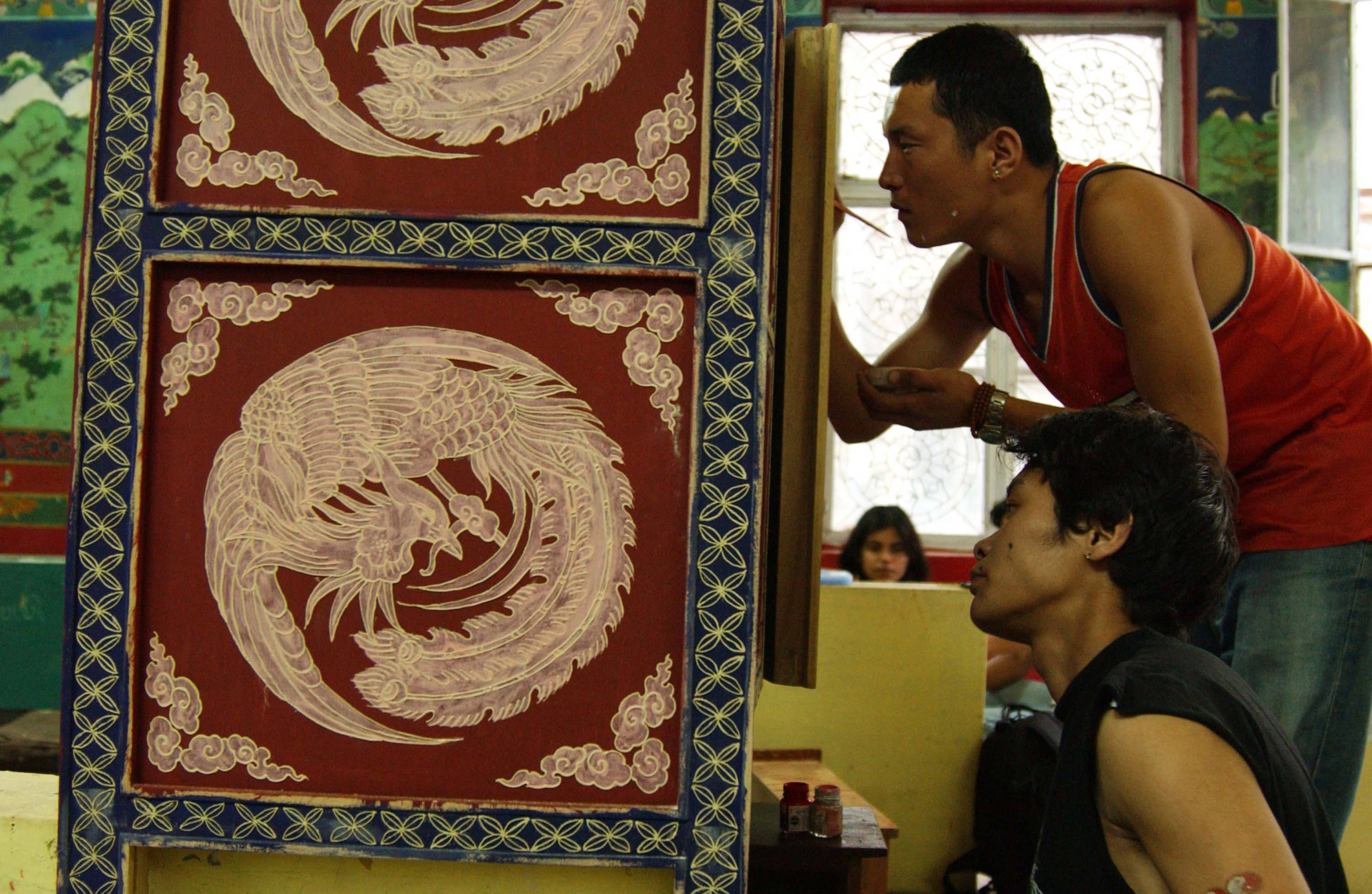 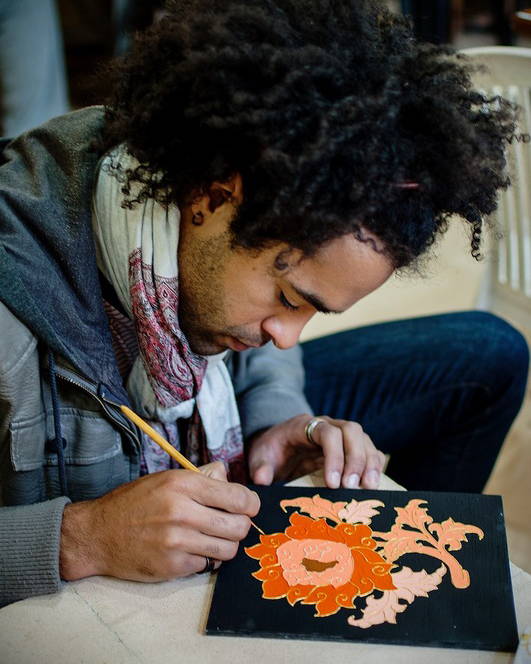 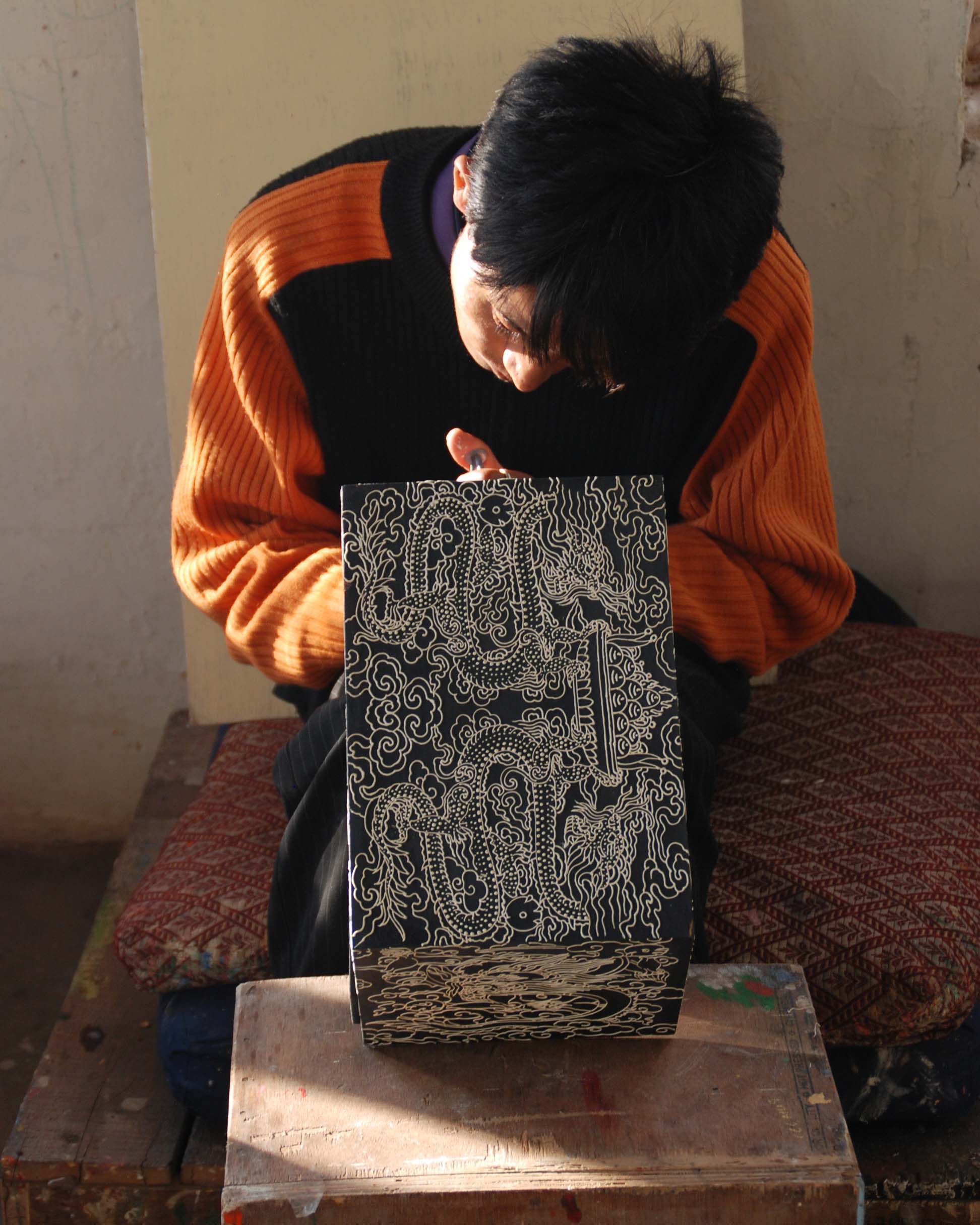 For those who wish to learn the art of wood painting, Norbulingka offers workshops ranging from one day to several months. Courses are designed based on the time and interest of individuals and groups. They are a great way to learn more about the sophistication of Tibetan culture and students will leave with a beautiful piece of their own. 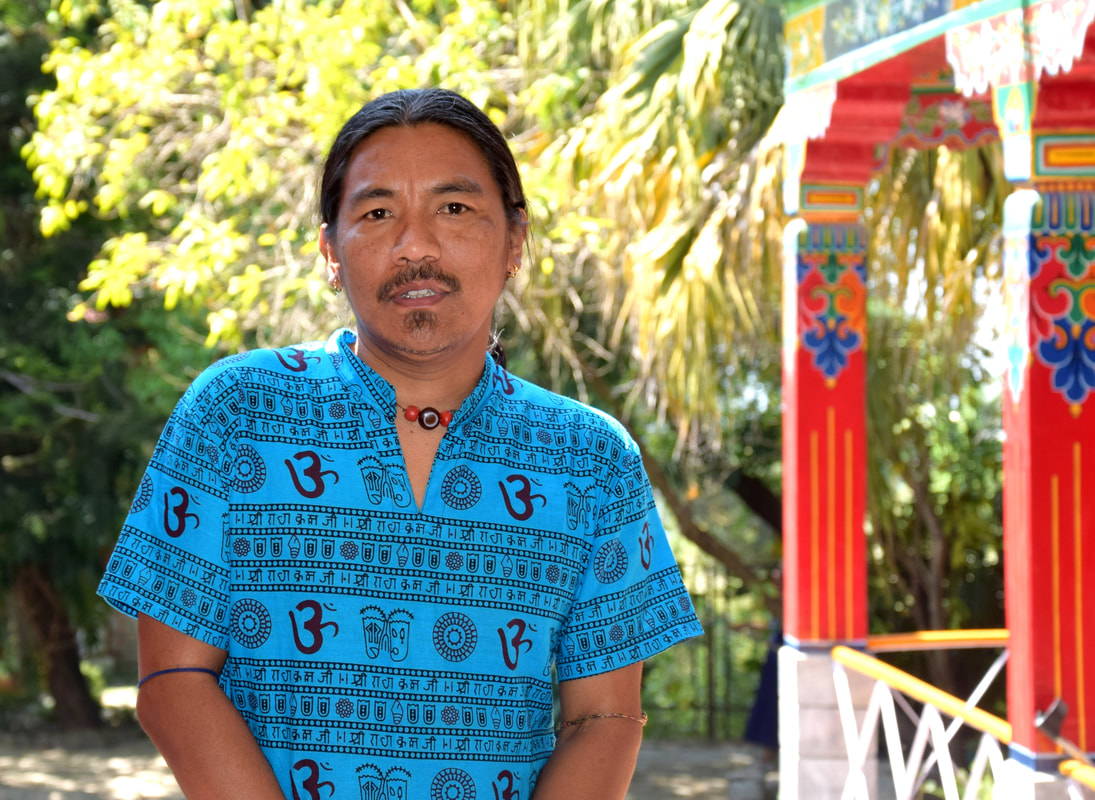